DOOM is now available! Order the book online from Insomniac Press or contact me directly. 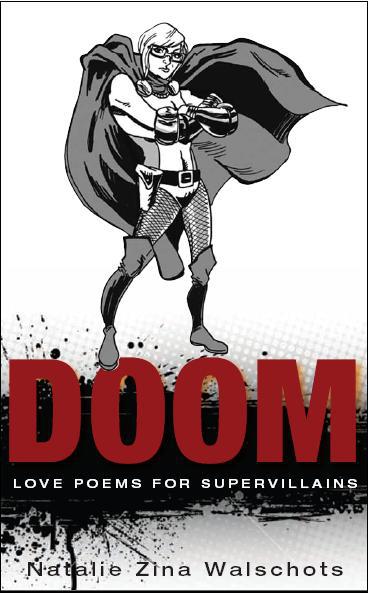 DOOM is primarily composed of several “Rogue’s Galleries” made up of single poems and short cycles dedicated to individual supervillains. There is also a section for “Bondage,” poems dedicated to the various prison facilities specifically designed or modified to contain super-powered inmates; and “Stronghold,” poems about supervillains’ lairs and fortresses, whether they be buildings, cities, or entire countries.

Illustrations for DOOM have been provided by the incomparably talented writer and illustrator Evan Munday.

Evan has discussed his work on DOOM in a number of blog posts.

DOOM is also available for purchase here, on Amazon.ca!

Thumbscrews is a poetic engagement with the aesthetics of sadomasochism and consensual pain. It employs the techniques of mannerist poetry to constrain language as ropes, cuffs, or shackles that might be used to constrain the body. Each poem can be taken as a miniature sadomasochistic encounter where language is tied up, beaten, and twisted into submission. This book abuses language; language begs for it.

“Walschots carves out a space of spare words in short bursts and contained, sharpened marks, yet continues in that Robert Kroetsch long poem way of delay, delay, delay; pushing the end back as far as you can. Thumbscrews knows its limits, but pushes the boundaries.” ~ rob mclennan

Leave a Reply to NatalieZed