He’d still put it on every once in a while, and recently, the storyline has been getting weird and good again. First he fell in love with the back woods horrorshows of The Wyatt Family, who have some of the most disturbing entrances and promo clips ever. Then, the trial of Daniel Bryan started to get intense. John Cena left, Cody Rhodes was fired, Stephanie McMahon’s eyeliner reaches truly epic villainess proportions — 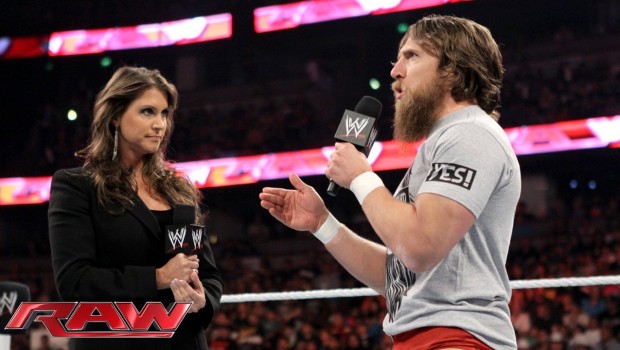 Okay, so I’m actually talking about me. I’ve gotten interested. I’ve started watching and, lord help me, actually found myself getting invested. I’ve found myself getting ridiculously angry about how Daniel Bryan is being treated and thinking truly terrible things about Triple H is his suit (hope that tight collar is cutting off the blood to your brain!). I’ve started to care. So when some friends at the recent Coach House Books Wayzgoose that they might be going to Monday Night RAW in Toronto next week…well, some tickets were purchased. It’s going to be ridiculous.

I wrote a piece for Torontoist about Toronto artists whose work will be featured at TIFF this year, and the lineup is pretty impressive. I’m excited in particular for a new film by Bruce McDonald, The Husband, and Empire of Dirt, directed by Peter Stebbings, written by Shannon Masters and starring Cara Gee. I’m also pretty pumped about The Art of the Steal (dir. Jonathan Sobol), both because I adore Jay Baruchel and because my awesome friend Katie Halliday worked on it.

So this is one of those things that my parter and I have been talking about doing for a gazillion years and are finally kicking off the ground. We’re launching a podcast about MMA (and a bit of heavy metal) called Staph Infection. We watch a lot of MMA together, and generally MST3K our way through the proceedings, talking through the fights and making fun of terrible tattoos. We’ve decided to share our hilarity with the world. The podcast itself is designed to sync up with fights, so that you can listen as a kind of alternative commentary, but is also funny and informative all on its own. The first episode will be up very soon — I’m teaching myself to use the software as we go — and in the mean time you can follow us on Twitter and Tumblr.

A Thing You Should Read 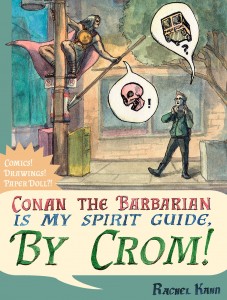 My awesome friend Rachel Kahn has released a book called By Crom! and it is as wonderful as you would imagine it to be. Rachel’s spirit guide is Conan the Barbarian, and her weekly comic, By Crom!, has been chronicling their adventures for over a year. She’s now collected many of the comics (as well as a Conan paper doll, some sketches, a longer comic and other goodies) into a book. It has this very particular kind of funny that can be achingly vulnerable and totally goofy within a hair’s breadth. You should read the hell out of it.